Mid 1920s: Roosevelt stops at a Mountville drugstore owned by O.R. Caudle, with whom he discusses the need for rural electricity.

November 1932: Roosevelt is elected president of the United States.

Spring 1936: O.R. Caudle and others gather at Troup County Court House to form a group with the purpose of bringing rural electricity to the area.

July 10, 1936: The co-op’s first legal meeting is held and directors are elected.

May 6, 1937: The first 76.7 miles of electric power lines are energized, bringing rural power to the people of Troup County.

January 1938: The name of the co-op is changed to Troup County Electric Membership Corporation.

August 11, 1938: Giving a speech in Barnesville, FDR states, “it can be said that a little cottage at Warm Springs, Georgia, was the birthplace of the Rural Electrification Administration.”

April 12, 1995: During the 50th commemorative ceremony of FDR’s death in Warm Springs, Anne Roosevelt speaks of her grandfather’s relationship with Warm Springs and west Georgia: “We who bear his name by birth do not own his legacy. You do.”

May 2002: Troup EMC’s name is changed to Diverse Power Incorporated. 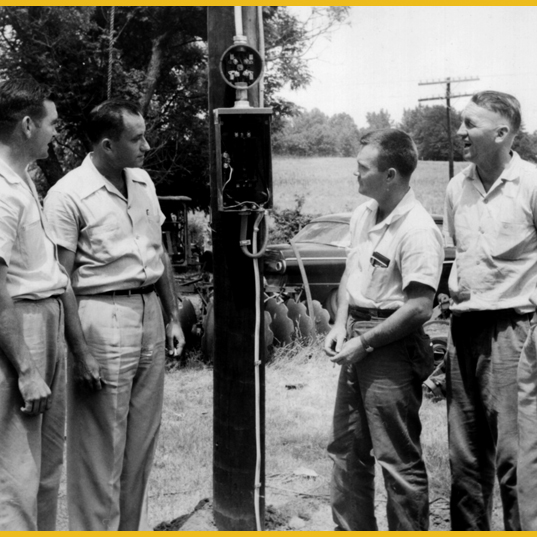