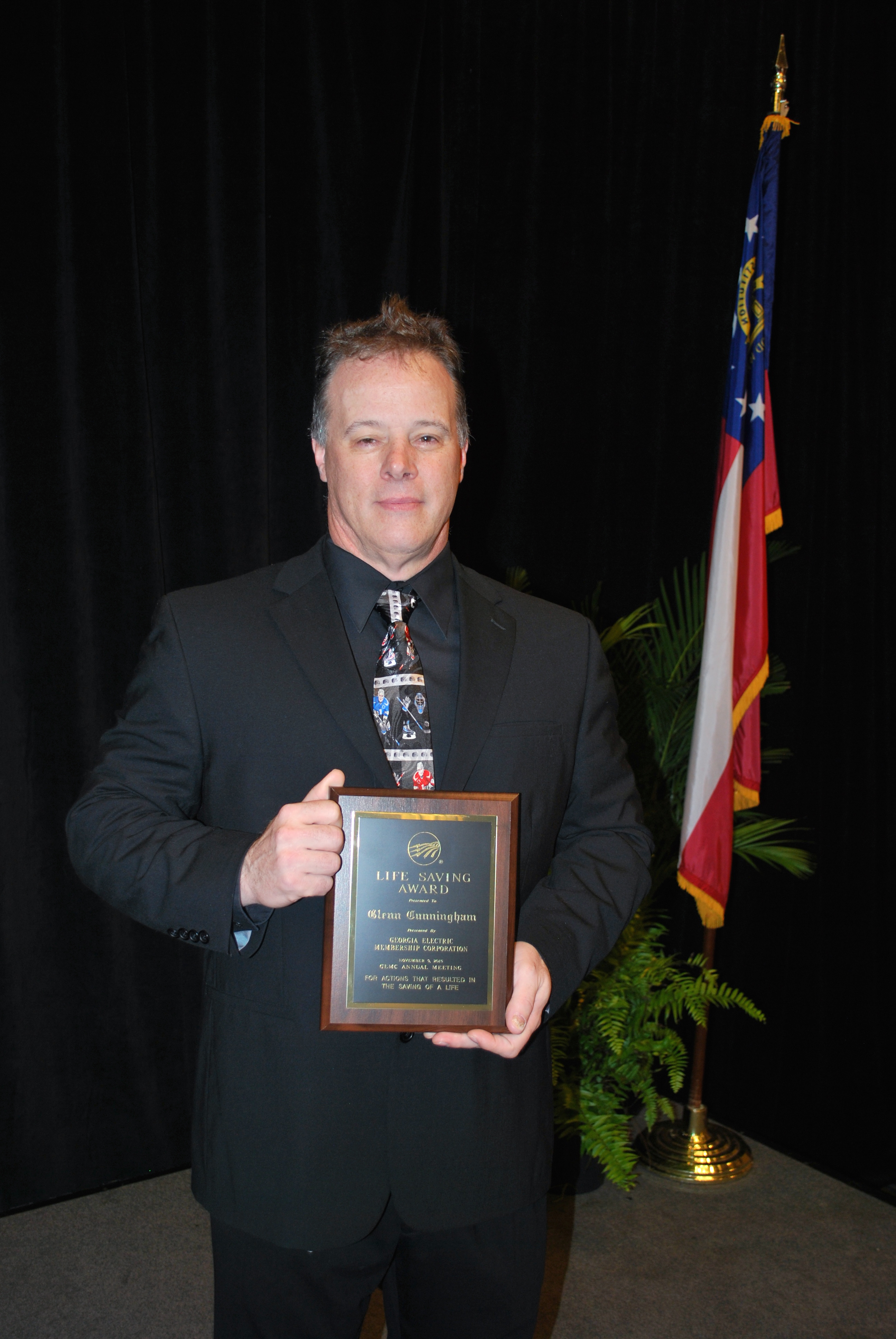 Diverse Power Business Continuity Coordinator Glenn Cunningham recently was recognized for saving a coworker who was choking in her office at the electric cooperative’s headquarters in LaGrange.

On August 12, Cunningham heard a coworker choking in the office next to his and ran to the office. As safety coordinator for the electric cooperative, Cunningham knew right away she needed to receive the Heimlich maneuver.

“I put my arms around her and gave some quick jerks, then asked her if she could breathe,” says Cunningham. “She grabbed my hand.”

Because the employee is much smaller than Cunningham, he was concerned about injuring her, especially her ribs.

“But her face was turning purple, and I realized if I didn’t apply the Heimlich as hard as I could, I might not save her,” he recalls. “I was trained in the maneuver but didn’t realize how violent it needs to be in cases where the victim has no air to exhale. I ended up lifting her off the floor, but she coughed up the food.”

Cunningham says receiving the award at Georgia EMC’s biggest event of the year was an honor.

“I’m so glad I knew exactly what I needed to do,” he says, adding, “I’m originally from Boston, so hearing a Southern belle thank me for saving her life was quite an experience.”

The Life Saving Award recognizes EMC employees whose quick thinking and actions are instrumental in safeguarding others from dangerous or potentially deadly situations.