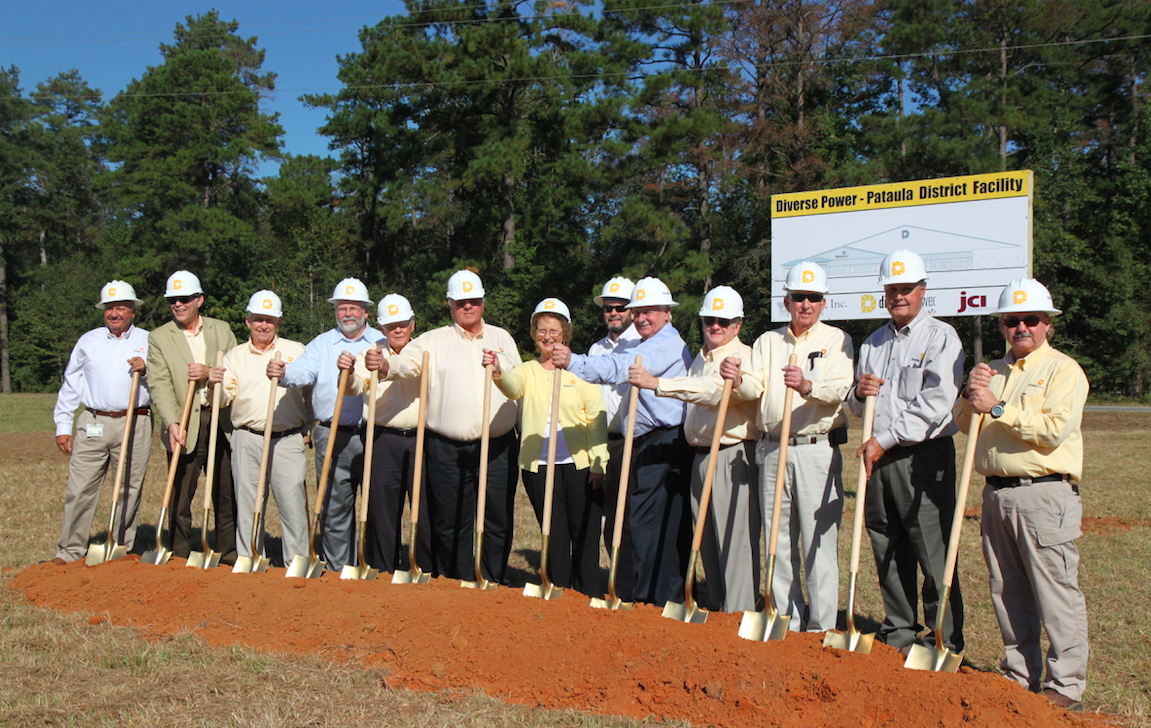 Diverse Power Incorporated held groundbreaking services on October 15 at the site of their future new Pataula District office at the corner of US Highway 82 and District Line Road in Cuthbert.

The new complex will cover about 10 acres of a 23-acre parcel at Randolph County Industrial Park and feature a 20,000-square-foot facility with offices and board room, warehouse and covered parking shed. Also onsite will be a garage with shop, wash bay and fuel island plus a pole yard and transformer pad.

The architect of the $4.5 million project is Millard Inc. of Roswell with JCI Contractors of Moultrie in charge of construction, which is expected to be completed by fall of 2016.

“We are excited about this project and look forward to providing our Pataula District members with even better service with an updated facility,” said Diverse Power President/CEO Wayne Livingston.

The new district office is another in a long list of initiatives Diverse Power has undertaken to show its commitment to Pataula District members since acquiring the co-op office from Cobb EMC on January 1, 2014. Since then, Diverse Power has upgraded power lines, added or rebuilt five substations and is in the process of building a third radio tower in the district, at Georgetown, to further enhance radio communications systems in the area. By acquiring the new district two years ago, Diverse Power, by spreading costs, is in a better position to keep rates stable for all its members.