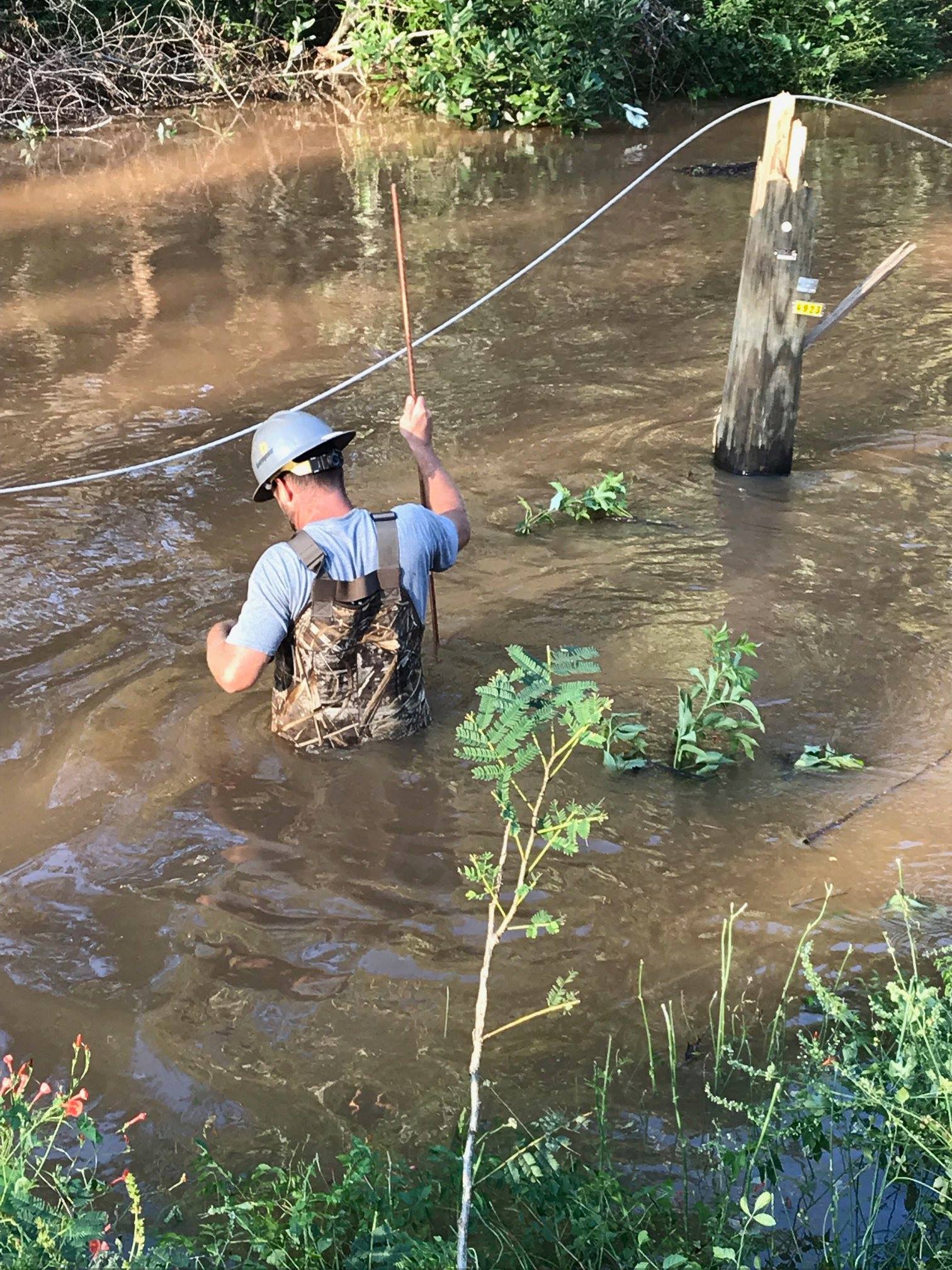 Jimmy Webb, who operates Harvey Jordan Farms in Calhoun County, called the storm “the scariest thing I’ve ever seen” and its aftermath “a catastrophe.” Damage at his farm included irrigation systems flipped over, timber loss from pine trees clipped in half and equipment shelters ripped apart or left leaning.

“The worst part was we had cotton ready to pick,” he says. “Michael came through, and it looks like it’s already been picked.”

“I don’t know how many people will still be farming down here if we don’t get some help from Washington,” says Webb.

According to Webb, his family’s McLendon Barn, a popular meeting place in Calhoun County for the past 20 years, sustained extensive structural damage and won’t be rebuilt.

He expressed praise and gratitude for power restoration efforts of Diverse Power and cooperatives assisting them in the process.

“They did a heck of a job to get everybody’s power back on as quick as they did,” says Webb. “It was an amazing, efficient response. And the fact that Diverse Power had been down here long enough to clean up the rights of way compared to how they were before, the damage probably wasn’t as bad as it would have been. It could have been a whole lot worse.”